On the last Sunday of each month, I get up early and drive my Triumph Vitesse to the Ft Lauderdale Fuelfed Coffee and Classics get-together. It's two hours of from 30-100 cars parked together as people chat and oogle each others cars.

Part of the fun is never knowing what is going to show up.  In my case, it's a huge educational experience where I can ask some serious experts about how and what I should be doing for my car.

The two most amazing cars to me today were distinguished by astonishing engines.

One was an AutoUnion car, a German brand that I had had never heard of before.  This AutoUnion car might be the only one in the USA. It's a 1961 modeled like the Firebird which was brought over recently by the owner (a Brit) who bought it in Germany. It has - I can't really believe it - a three cylinder two stroke engine!  Apparently, this engine was adapted and used in other cars for a decade and the brand (look at the four circles) developed somehow into the modern Audi. 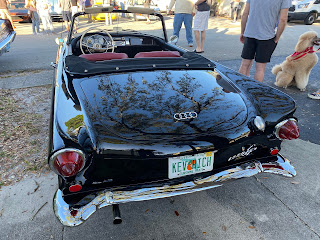 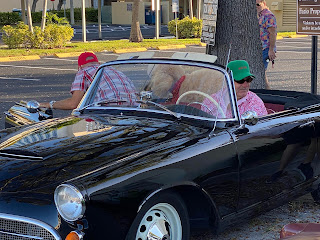 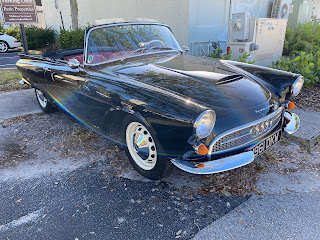 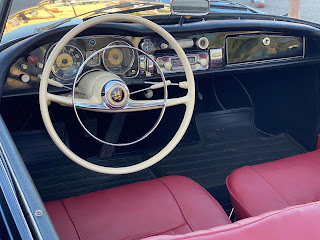 The other car with an amazing engine was a gorgeous MG, all silver. It had a rotary engine in it (I don't think original). Anyone else remember the Wankel engine that Mazda pushed so hard in the 1970s or 80s? Same idea. 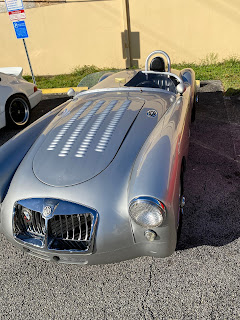 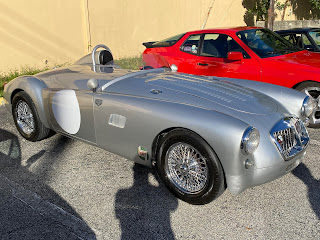 Other than that, I mostly paid attention to my Triumph Vitesse, Paul's baby blue Triumph TR4, and Hamptons brown mid body engine Fiat.

Thanks as usual to Martin for organizing it: 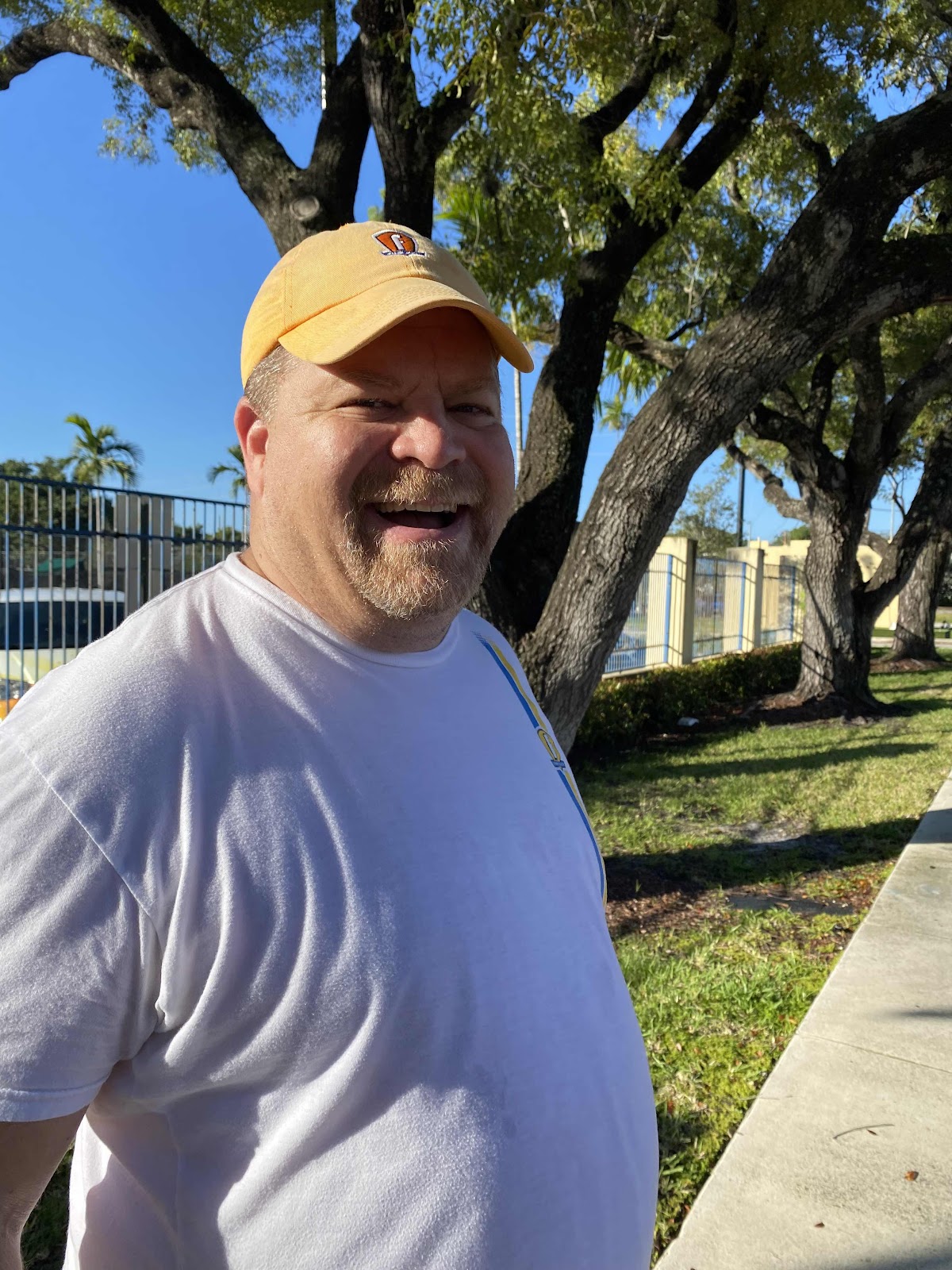 This week, my focus was on dealing with my fuel leak from my Stromberg carburetors plus getting a mirror and seatbelts onto the car and getting the horn working.  Hampton pushed me to LBCarCo as a great place to buy parts like a kit from my carburetors. I'm also trying to buy seat belts and a side mirror for the right right. Plus a convex insert for the side mirrors to improve visibility. Another short term project is to get my horn working.

Not on the road: How is she? 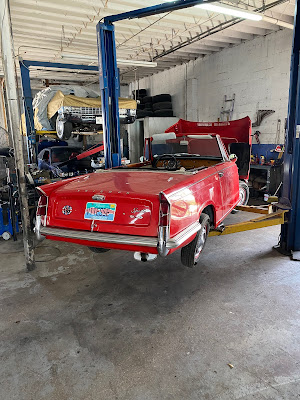